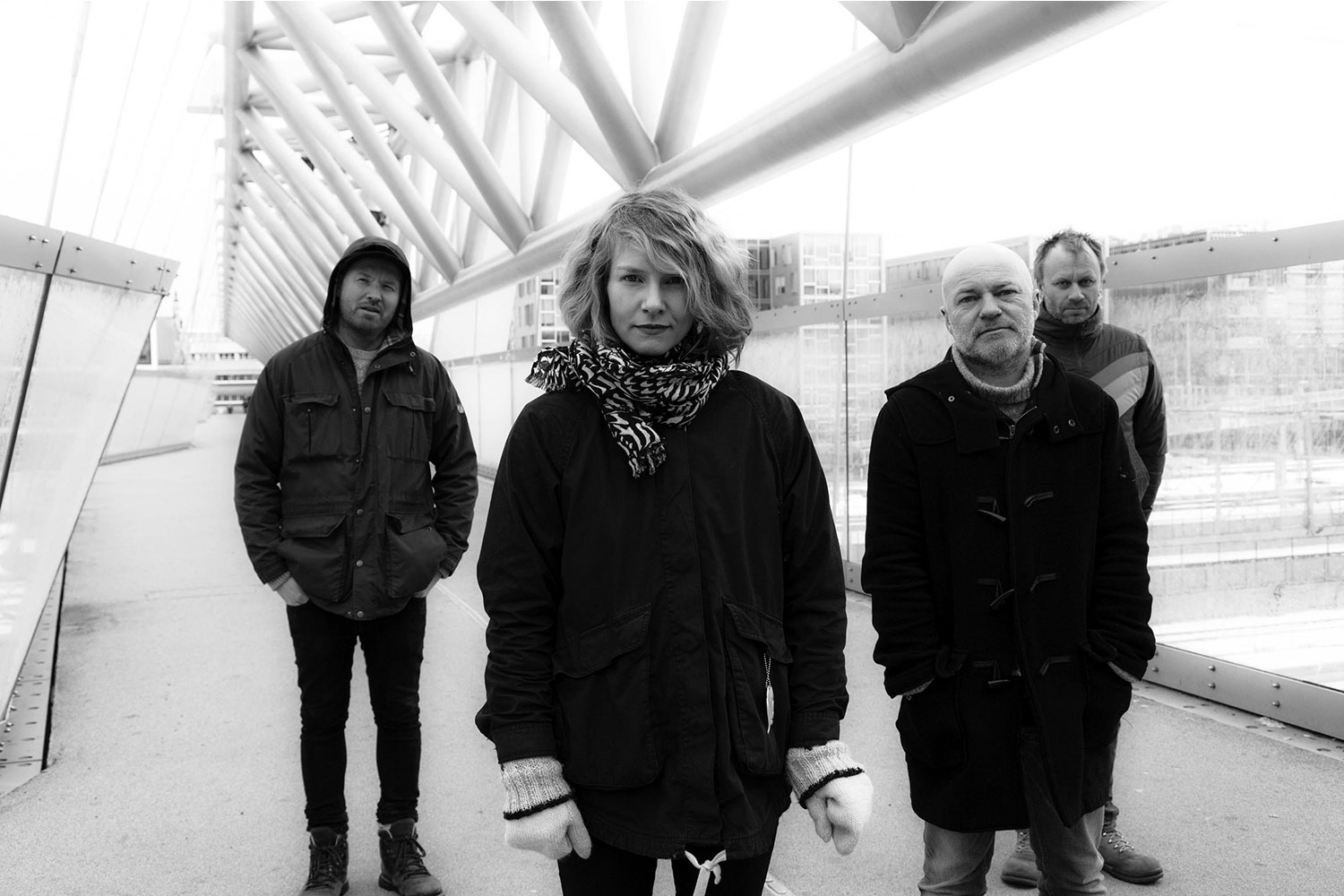 ULF NYGAARD Programming, vocals.
Started his musical career in the early nineties, and was signed to PolyGram in 1995 with folk&røvere, a trip hop inspired boy/girl duo singing in Norwegian. The original female voice was Beate Slettevoll Lech (who in 1998 went on to form Beady Belle). Ulf has made eight folk&røvere albums.
Founded Flunk around new year 2000/2001.
More: folk&røvere’s MySpace page

JO BAKKE Guitars, bass and more.
Quit school to play rock’n’roll in the early nineties and stuck together with three friends who landed a big time deal with Sony Music Norway as the Happy Campers in the mid-nineties. The quartet got their own London studio in 1997, and left Oslo. They released material through Ninja Tune, and worked with a variety of well known English names (the band’s front man Ola Haampland produced the first two folk&rovere albums). Jo released two house 12-inches on Guidance Recordings in 2002 with Antenna after returning to Oslo – working with former Happy Campers drummer Erik Ruud, now Flunk’s drummer.

ANJA ØYEN VISTER Vocals.
Started off in a girl band, later recorded a cover of a Beatles song in the legendary Abbey Road Studios as guest vocalist in a Norwegian band in 2001. Anja has been working on solo material for some years, and more or less accidentally ended up doing vocals on the first Flunk track to be released – winter 2001. In effect, she became the Flunk lead singer from the very first session. In 2005 she was voted best unsigned (solo)artist in Norway, through the national radio station NRK Petre. She has done several solo shows in Norway the last years. Anja finished her medicine studies in spring 2007.

Full member from 2012. More or less the same story as Jo, staying together through Happy Campers to Antenna. Erik released a solo album, Groundhog Nights, in 2010.

NEW YEAR 2000/2001: Sessions in Oslo with Ulf and Jo. Uncertain when the Flunk name materialised, but in the beginning it was meant to be an instrumental/sampled vocal project with no particular ambition. And certainly no record deal.

2001: Signed for a track on a compilation on Beatservice Records, and the label manager Vidar Hanssen was so impressed that he soon signed the ‘band’ for an album.
Most of the debut album was recorded in early summer. Most tracks were laid out before singer Anja was involved, she came in and improvised and the songs were taken from there. Then Jo would add his layers of guitar. Still it would take almost a year until the album was completed and released.

2002: First Flunk release was a vinyl only 12″, Miss World. It was followed by a cover of New Order’s classic anthem, Blue Monday, in April. The track received a lot of attention in the UK, and has been used on a lot of compilations, TV series and movies, both in Europe and the US.
Debut album For Sleepyheads Only was released in late April. Great reviews in Norway. The band were invited to do a BBC recording session in London for Rob da Bank’s Radio 1 showThe Blue Room, and made their UK live debut at the Notting Hill Art’s Club. Flunk also signed to Guidance Recordings in the US.
The debut album got raving reviews in some of the British electronica magazines (album of the month in DJ Mag). The band played Norway’s biggest rock festival in July. US version ofFor Sleepyheads Only released in October. The band went to London to play London Jazz Festival in November.

2004: Morning Star album finished in March. Release in Norway in May, the rest of the world in June. First single On My Balcony was voted ‘summer single of the year’ on Norway’s biggest commercial radio station. Miami based Kriztal Entertainment released a US version of the album in October.

2005: The track Play was featured on an episode of the popular US TV series The O.C. It also featured on one of their soundtracks (The O.C. Mix 4). Flunk had several tracks on american TV shows this year. An extended EP, Play America, was released in February.

2006: At last Flunk toured the US, a mini tour on the West Coast, including Seattle, the band’s (by far) strongest city in the world (!), San Francisco and Hotel Café in Los Angeles. A live studio appearance at KEXP in Seattle was recorded, and later released as an EP in October. It included the first recording of the new live favourite, See You (a Depeche Mode cover). The band worked on the third proper album all year.

2007: Album finished in February. Finally titled Personal Stereo, it was released on Beatservice Records on April 23. The album included the single Sit Down. Released a remix album, Democracy, in December – all tracks compiled from a remix competition on their website.

2008: Working on side projects before getting on with proper album #4 in the summer. Featured on a Saint Thomas (aka the late Thomas Hansen) tribute album released in October with a brand new studio recording of the track Last Word. Also put out a free download version of Silent Night in December.

2009: Flunk album number four finished in February. Titled This Is What You Get, it’s set for May release. First single Common Sense released in March.

2011: Toured China in the autumn, and started writing songs for a new studio album.

2012: Recording and mixing the studio album Lost Causes. Drummer Erik Ruud becomes fourth member of the band. Released a best of compilation, The Songs We Sing, in spring. First single from Lost Causes album, Queen Of The Underground, released in November.

We got more stuff in the shop! Check it!